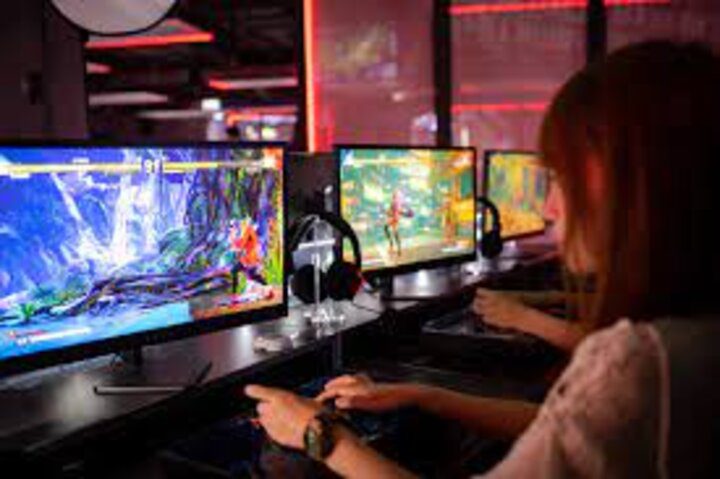 In some cases, video games are used as physical therapy to help stroke victims regain control and control of their hands.

Despite the damage caused by video games and their addiction, social isolation and some mental and physical diseases, studies in psychology and behaviour have proven that video games can improve various human skills and gain many mental abilities, provided that they do not include scenes of deadly violence and that playing does not exceed the recommended healthy periods.

The American Academy of Pediatrics recommends that the time limit for those under 12 years old be 30 to 60 minutes a day, maximum on school days, and one to two hours during vacation.

As for adults, an Oxford University study found that playing two to four hours a day brings many benefits and raises levels of psychological satisfaction and happiness.

Let’s get to the point: what are the actual benefits of playing video games?

In research by the American Psychological Association, one of the most prominent benefits of playing video games is its ability to develop cognitive skills in children and adults. Just as physical exercise helps strengthen muscles, cognitive games help saturate the brain with constant stimulation, thus improving brain performance. Below are some of the benefits of playing video games, provided they are in moderation and without addiction.

1. Coordination of skills at the same moment

When a person plays a video game, he not only looks at the screen in front of him but at the same time thinks about the appropriate button on the joystick and clicks it at the right time. It also reads and absorbs the information that appears on the screen and deals with each of them at the same time, which are actions that often need speed in performance, which leads to a tremendous amount of mental stimulation in the brain to coordinate between visual, auditory and physical movement.

Video games have also been used in some cases as physical therapy to help stroke victims regain control and movement of their hands to perform daily tasks normally.

Video games have many rules, and each game has a different set of rules, which means that the player has to think carefully before making any move; To make sure it stays within the required rules of that game.

The player needs to make important decisions in fleeting moments of time; To determine whether or not to advance to the next level.

These exercises help to gain mental flexibility in solving problems and thinking flexibly in a short period of time.

Playing a video game always requires visual and auditory memory, as the player must read or listen to the instructions carefully before starting to play. In order for him to win the roles he will play, there is an important need to remember these rules carefully throughout the game.

Mastering the locations and tasks of the keys on the joystick helps to move characters in the game easily, which helps in improving memory, both in the short and long term.

4. Improving attention and ability to focus

Video games, especially action games such as war games, football and racing, have proven to be able to fully capture the player’s attention throughout the course of the game. This occurs because the player needs to achieve certain objectives within the game in order to be able to advance to the next level.

In order to win in these games, one has to pay attention to all the details of the scene on the screen; To avoid losing or missing an opportunity, which increases a person’s ability to pay attention and focus.

Games are not only useful for adults and teens, but also for children. It integrates many of the teaching aids used in the teaching curricula into one game. Several educational institutions around the world are working today to make well-studied video games, and to strengthen the abilities of their students to interact and absorb the curricula.

This helps children improve their academic skills by playing some of the recommended video games that are specifically aimed at enhancing their cognitive and creative skills.

A Columbia University study of children who played video games found that they had better social skills, better academic performance, and the ability to build better relationships with other students due to the social and cooperative component of some of the types of games they played.

A game of war, for example, might require that you be able to move the joystick keys while looking at various information on the screen such as energy levels, opponents or dangers surrounding your player, ammo left in your weapon safe, time to make your move before an impending bombing, plus To many other factors necessary to win.

This number of tasks that are supposed to be performed at the same time, ensures that the player can quickly observe and respond quickly according to the requirements of the game.

A 2011 study comparing video players and trained pilots showed that players were better than others at being able to fly and land drones at nearly the levels of pilots trained in this skill.

Most video games today allow you to connect with other players over the Internet and participate in the game simultaneously. As such, the games provide a constant connection between players cooperating to work as a team to win, which in turn leads to the development of relationships of common interests as well as a kind of intimacy among the team members who will inevitably exchange some news and personal information for the introduction.

A 2014 study published in Frontiers in Psychology showed that certain video games can improve mood and improve heart rate, a sign that they may also help relieve stress.

Conclusion: What’s the key to getting these benefits

Of course, in order to achieve these many benefits of video games, it is required that they be played in moderation, taking care to choose the appropriate game according to the age of the player; To avoid children and adolescents playing violent games that may negatively affect their behaviour and psychological state during their developmental stages.